"Blacklisted: A Planted Allegory investigates the distinction between native versus invasive species as determined by the California Invasive Species Advisory Committee, a scientific organization charged with creating a statewide “living list” of invasive species since late 2009. The discourse surrounding a list of “invasive” or “alien” flora and fauna species has interesting and fruitful correlations to policies regarding immigration, multiculturalism and evolving ideas about national identities that are inherently tied to the identity of border cultures. The project allows viewers to engage in a meaningful and nuanced way with how these issues are thought of in direct and applicable terms."

A Catalog of Resistance: Usurping the Blacklist - Ciara Ennis in conversation with Jenny Yurshansky, September - November 2016 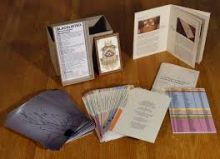