"At Human Resources in Chinatown, "The Border Again" is a group show that explores Tijuana's complicated relationship with Los Angeles and the U.S., as well as its own internal issues as a beleaguered city with the unfortunate reputation as a place where people don't usually move to, but from. The exhibition features pieces by 13 both established and up-and-coming artists working in a range of media, from film, video, and photography to performance, sculpture and text-based conceptual art. "The only criteria for working in this show is that you've made work in Tijuana, or that you consider it a context -- that you kind of explore this divide," says curator Kelman Duran." 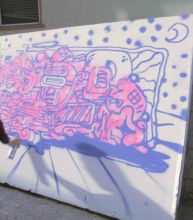 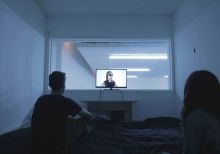