Booklet that accompanied the Eros and Civilization exhibition. Includes photographs of works by the artists.

Eros And Civilization gathers together the work of five female artists based in Los Angeles who use photography to explore the relationship between desire, power, and the act of looking. Where classical theories of art associate femininity primarily with the power of seduction, these artists explore an active female observer that negotiates a complex, polymorphous range of positions between the liberated post-feminist subject, the objectively distanced genderless observer, and the subjected sex object.

The title of the exhibition is borrowed from Herbert Marcuse's famous book, a critique of Freud that became a philosophical touchstone of the New Left, and of the 60s counterculture in general. Marcuse broadly argued that Freud's separation of the libido and the repressive superego was oversimple, and that Eros was not merely a chaotic but rather a constructive force. In Marcuse's vision, it was the task of classical art to orchestrate a return of the repressed, not only on the individual but also on the generic-historical level. “The imagination shapes the ‘unconscious memory’ of the liberation that failed, of the promise that was betrayed.” But in the era of capitalism's highly structured exchanges, Marcuse argues, it is not enough for art to espouse a merely uninhibited or utopian pre-genital sexuality. In order to negate the unfreedom of capitalism, it is paradoxically necessary to at first represent that very unfreedom within the artistic work. Writing in 1955, he claimed that “at the present stage, in the period of total mobilization, even this highly ambivalent opposition [that of catharsis] seems no longer viable. Art survives only where it cancels itself, where it saves its substance by denying its traditional form and thereby denying reconcilation…”

A half century later, these aesthetic theories have percolated into the mainstream of artistic practice. In wildly disparate fashion, each of the artists in this exhibition employ a creative strategy that can be described as an oscillation between power and subjection, in which utopic fantasies of liberation are tempered and sustained by darker fantasies of subjection and unfreedom. These artists take up the reality principle of the photographic camera, which instantly sketches the known surfaces of things, and collide it with deeply personal, unstable, and hermetic realms of uncivilized fantasy, which the camera by its very nature ultimately refuses to be fully reconciled with. This failed reconcilation becomes an aesthetic success, however, to the extent that it presents a true image of the our own civilization.

Heather Cantrell, known for her photographic portraiture, will debut The Looker, her first video. The piece broadly alludes to the famous sequence in Antonioni's film Blow-up, in which a female model is ravished by a male photographer, and photography becomes a substitute for sex. In Cantrell's scenario, however, it is the female who controls the camera. The artist (and her “double,” a friend who stands in for her at one point) unfold a scenario in which the female photographer directs and controls a male model, played by Cantrell's real-life fiancé.

Dawn Kasper will show a new photographic diptych. Kasper has described the two dimly lit images as existing in relationship to an intimate dreamlike state of consciousness but also as an implied image diary, referencing the passage of time in monotonous day to day living.  As inspiration for this piece, she references a passage from Freud’s Civilization and its Discontents: “the struggle between human instincts and the conscience of repression (superego) which is self-repressing trying to follow society's mores and norms…”

Tricia Lawless Murray will exhibit an installation of photographs that explore the theme of masochism. Harshly lit images of the artist's bruised body are shown alongside landscapes and interiors, creating a fractured tapestry that depicts a broken narrative addressing sexuality, desire and loss.

Davida Nemeroff's new work explores the nature of spectatorship through the thematic device of the gorilla habitat at the Los Angeles Zoo. Large scale color photographs made with a consumer camera are mounted onto a sculptural support of intersecting planes, placing the gorillas near life size. The photographs are at once formal motion studies, self-conscious meditations on the act of display, and comments on the zoo as a constructed metaphor for primitive desire.

Amy Sampson will show two new large works. First, the large installation The Last Photo I Took of Heather is an sprawling archive of photographs of the artist's friend and occasional muse. Produced over a period of a decade, the images mix fact with fiction, dress-up with undress, and intimacy with estrangement, narrating a tumultuous relationship in a complex, diaristic style. Second, the sculpture Total Depravity is a lifesize sculptural casting of the artist's own naked body, covered in sushi, displayed on a glass table. Evoking the international feminist furor over nyotaimori, the Japanese practice of serving sushi off of a nude model, the sculpture calls into the question the very act of aesthetic consumption.

The exhibition will be accompanied by a makeshift photocopied lettersize publication, which does not document the work in the exhibition so much as expand upon its multiple contexts. The publication responds to the expectations surrounding a group show catalogue, but explicitly channels the production style of early 90s zines, at the pivotal moment when affordable desktop publishing was radically transforming the visual style of DIY print production. The publication will include contributions from each of the artists, along with texts from Eric Kroll and John Tottenham. Copies will be available for purchase at the gallery.

Heather Cantrell is best known for her photographic portraiture, which considers the relationships between notions of self, social status, public performance, and collective identity. She has had solo exhibitions at Kinkead Contemporary (Los Angeles), MOT International (London), Newman Popiashvilli (New York, NY), sixspace (Los Angeles) and Sandroni Rey Gallery (Los Angeles). Group shows include Wonderland Art Space (Copenhagen, Denmark), curated by Paul Pys; The Luckman Fine Arts Complex at CSULA (Los Angeles), curated by Annie Buckley; the 18th Street Art Center (Los Angeles), curated by Ciara Ennis and CCA Wattis Institute (Oakland); and the exhibition Likeness: Portraits of Artists by Other Artists, curated by Matthew Higgs. Reviews of her work have been published in Artforum, New York Times, Frieze, LA Weekly, and the Los Angeles Times. Born in Louisville, Kentucky, Cantrell received her MFA from UCLA in 2001 and her BFA from the Maryland Institute, College of Art in 1995.

Tricia Lawless Murray uses photography, video, and performance to document the interaction between personal fantasy and the mediated world of representation. She is represented by Jancar Gallery in Los Angeles and has exhibited her work in Germany, Iran, Poland, Spain, and Taiwan. Her work was included in The Collector’s Guide to New Art Photography, Vol. 2 published in March 2011. She also curated eros/thanatos, a project containing the photographic work of 36 artists, which was first exhibited at PØST in Los Angeles before traveling to Project Space Kreuzberg in Berlin and then back to Southern California to be shown as part of the 12 Gauge Series at the Torrance Art Museum. Born and raised along the coast in Southern California, she completed her BA in the History of Art at UC Berkeley and her MFA at the California College of the Arts in San Francisco.

Davida Nemeroff works with the language of photographic print to explore how pictorial information is literally and metaphorically framed. She holds a BFA in Photographic Studies from Ryerson University (2004) and a MFA in Visual Arts from Columbia University (2009.) Her work has been exhibited in Canada, The United States, Germany and South Korea.  She is represented by Annie Wharton Los Angeles in the U.S. and by Katharine Mulherin Contemporary Art Projects in Canada. In addition to her work as an artist, she is active as an organizer, co-directing the nocturnal platform Night Gallery in Los Angeles.

Amy Sampson has an MFA from California College of the Arts in Photography and a BFA from Sonoma State University in printmaking.  She has exhibited her photography and short films in the Moscow Biennial, the Institute of Contemporary Art in San Jose, The Valand School of Art in Sweden, Tart Gallery in San Francisco, the DiRosa Preserve, Materials and Applications, Los Angeles, CA, and The Silver Lake Film Festival. She is also active in the collaborative EarthBound Moon, a group that produces site-specific sculptural projects internationally.

Benjamin Lord received his MFA from UCLA, and his BA from the University of Chicago. His artwork spans the techniques of photography, video, drawing, sculpture, and bookmaking. A solo exhibition of his work titled False Positives will be on view at Las Cienegas Projects in Culver City from September 10 – October 8, 2011. Much of his work takes the form of a collection or sequence of images, objects and texts. Most recently, in 2010, Humaliwo Chambers, a set of twenty five color photographs in three portfolios, was published in a large edition as the Norton Christmas Project. As a curator, last year Lord organized Three Tall Men, a group show with Erik Bluhm, Paul Gellman, and Peter Harkawik at Space 1520 in Hollywood. He is also active as a writer on art, publishing feature articles in X-TRA, Afterimage, and other publications." 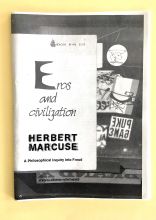 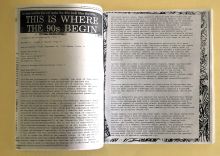 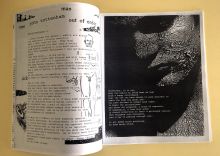 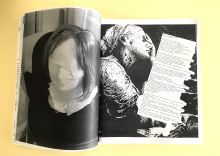 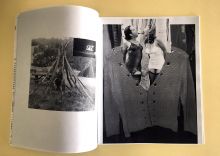 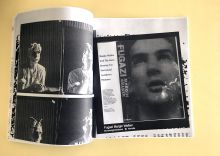 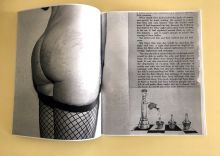 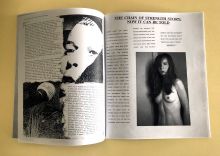 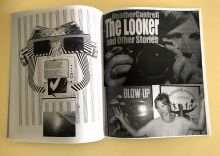 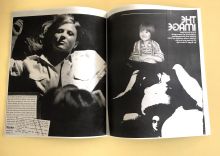 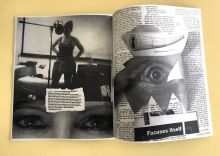 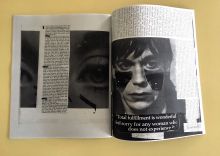 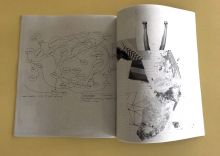 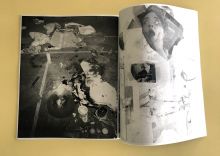 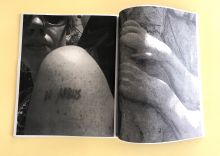 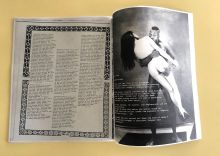 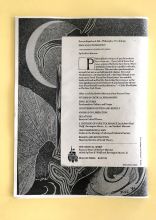