Simone Forti was born in Florence Italy in 1935 and emigrated to the U.S. with her family in 1939. She began dancing in 1955 with Anna Halprin who was doing pioneering work in improvisation. After four years of workshop study and performance apprenticeship at Halprin's outdoor studio at the foot of Mt. Tamalpais in the San Francisco Bay Area, Simone moved to New York City. There she studied composition at the Merce Cunningham studio with musicologist/dance educator Robert Dunn, who was introducing dancers to the scores of John Cage. Thus she began her association with the artists who were to become the Judson Dance Theater of the 1960s. From her early minimalist dance/constructions through her animal studies, new animations and collaborations with musicians, Forti has worked with an eye toward creating idioms for exploring natural forms and behaviors.Jennifer Dunning writes in her Oct. 27, 1991 New York Times review, "Simone Forti presented her first danceprogram in 1960 and has since then had a steadily increasing influence on post-modernist choreographers interested in exploring 'natural' or nonformalist movement and dance." Over the past ten years Forti has been developing a dance/narrative form wherein movement and words spring spontaneously from a common source. An inveterate improviser, Forti travels from her home in rural northeastern Vermont to perform and teach internationally, and writes for publications such as Contact Quarterly and Movement Research Performance Journal. 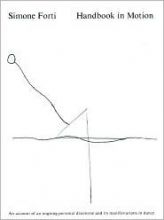