Lucy and I discuss: the first politicians we thought were hot, JFK Jr.*, Prime Minister of Canada - Justin Trudeau*, deactivating ur online dating account/s, niche dating apps such as The League & Trek Passions, guys asking for ur number then not contacting u, not being on the same page sexually w/ someone ur newly dating but who u have a strong personal connection w/, how to spend more quality time w/ ur S.O., talking about money w/ ur partner, having sex to music, mid-episode-intermission: Lucy and I discuss memes and food, Howard Stern's wife's Instagram account which features the many adventures of her cat. Post intermission: how to approach political differences within a relationship, dating ur opposite vrs dating ppl who provide are different from u and provide contrast, yin and yang philosophy as applied to dating. *Corrections: 1. JFK was mentioned however host was referring to JFK Jr. 2. Justin Trudeau was referred to as a Mayor, however he is the Prime Minister of Canada. 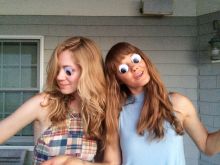