In 2012, a local journalist employed by a Seoul-based newspaper recorded a phone conversation with his interviewee. After the interview, the interviewee did not push the “end” button on his phone, and the journalist inadvertently listened in on a subsequent conversation between the interviewee and other parties. The journalist published the contents of this conversation in the newspaper, and was charged with violating Protection of Communications Secrets Act. In the trial, the court ruled that the defendant was not guilty for recording, but that he was guilty for listening. The artist takes this event as a point of departure in Transcribed Dialogues, in which she reveals and obscures conversations overheard from recordings that she made in public spaces. Here, Kim explores the boundaries between hearing and listening, a private and public aural space in the form of a text. This book is the 11th edition of artist book series 'Float' published by Hezuk Press. 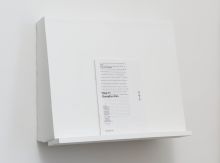 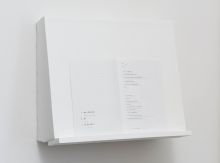