In the early 1970s, Jerry Wainwright began work on his own deck of tarot cards, photographing his friends, artists and musicians in San Francisco – nearly always naked, posed in various positions against homemade backdrops and with ad hoc props. Wainwright was a figure in the city’s storied counter-cultural legacy, who, as family-lore tells it, spent time in San Quentin State Prison for manufacturing LSD and may or may not have had a hand in recording Johnny Cash’s infamous performance there in 1969. Here, Wainwright’s tarot photographs are presented in their unedited totality for the first time. 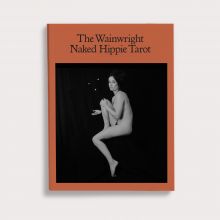