R was a long term sub that I saw for a few months, but our in-person meetings were very infrequent due to busy schedules. He’s a 60 year old man who is stupid rich and also very submissive. He loved worshipping me, but I hated him. He was the type of rich man that thought he was doing a good thing giving money to a young girl but really he was just fetishizing me, and he was super cheap despite having so much money lol.

I made him buy me a box of 18 empanadas which was nice. He also thought any petite brown girl looked like me. He definitely had an Asian fetish; his last sugar baby was a Vietnamese girl. Eventually he broke up with me. I didn’t really care, but I got paranoid about him revenge porn-ing me. He said he deleted my pics but also wanted to come back to me. Even when he broke things off, I knew he wouldn’t be able to hold out from me for very long lmfao. I’ve just been ignoring his texts. 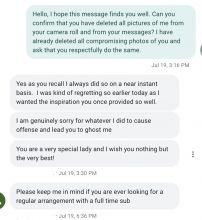 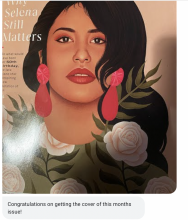 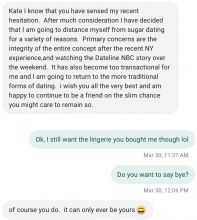 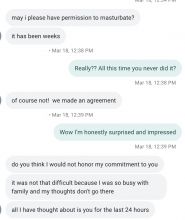