"I had heard stories of this monumental sculpture "Tumble Room" that Los Angeles artist Martin Kersels created in 2000. It was a full size replica of an American teenage girl's room rotating on a motorized platform in the fashion of the 1950's Hollywood special effect used in the film "Royal Wedding" to allow Fed Astaire to appear to dance on the walls and ceiling of his hotel room. In that film, as the floor becomes the ceiling, Astaire defies gravity and the room's furniture remains fixed in place. In "Tumble Room" Kersels does something else. He lets gravity destroy the contents of the room - the desk, chairs, bed and lamps are crushed together in the room's gentle rotation. I wished I could have seen it.

When I heard he would be recreating "Tumble Room" in 2008 I asked him if I could film the installation process. I spent four days with him and the film became a portrait of Martin's humor under pressure as he employed wit and charm to vent the worry and frustration that is always part of a difficult installation. In the end of course, as the machine is turned on and the violent power of Tumble Room is unleashed, it is all about the artwork. 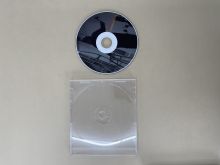