36" pink lanyard with silver swivel hook. The lanyard was acquired from the pre-screening of COCO. It was included in Haines’ exhibition at ltd Los Angeles, Spring Summer X-Filles x COCO, an installation which acts as commerce display for the film’s props, clothing and accessories.

COCO drifts betwixt and between states of consciousness and madness – and genre, exploring film Noir epilogue, sci-fi, skate video and #pale-core. Its ambivalence to definition is predicated by using the possibility of delusion and irrationality as its methodological model.

The character Coco, half deluded actress, half recovering patient, relates her life in the span of what could be one day, while her memory extends the film’s time to include childhood, fantasy, trauma and future aspirations – beyond the time she takes to tell you.

The cast is primarily made up of friends, street casting, selecting existing relationships into parafictional situations, and one method actress. The performers who play Coco range in age from 3 yrs old to 40 yrs old and age as the film progresses (which was shot intermittently over 4 years)." 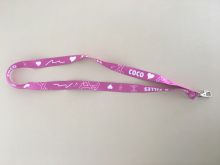