’We Beg You to Seduce Us’ is a fantastic travel through a young woman’s mind that is strung out between old victorian virtues and a contemporary life style.

We find ourselves in Surrealistic settings and expressionistic film inspired worlds, that reminiscence eclectically of films like Wiene’s ’The Cabinet of Dr. Caligari’ (1919), Luhrmann’s ’Moulin Rouge’ (2001) and Maddin’s The Saddest Music in the World (2003). Schmidt maneuvres a filmic language like it was a playground.

The main character is played by Carola Schmidt herself. In the film she is presenting the person as a sinner, as someone who is emprisoned, struggeling with social adaptability and conventions.

Schmidt looks at a drawing of a staircase that is perfectly identical with a staircase in the film and thereby creates confusement about who or what is in control. Schmidt is insinuating that what we see is already a plan, but leaves it up to the viewer to decide whether it is destiny or subjective control. 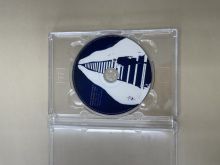