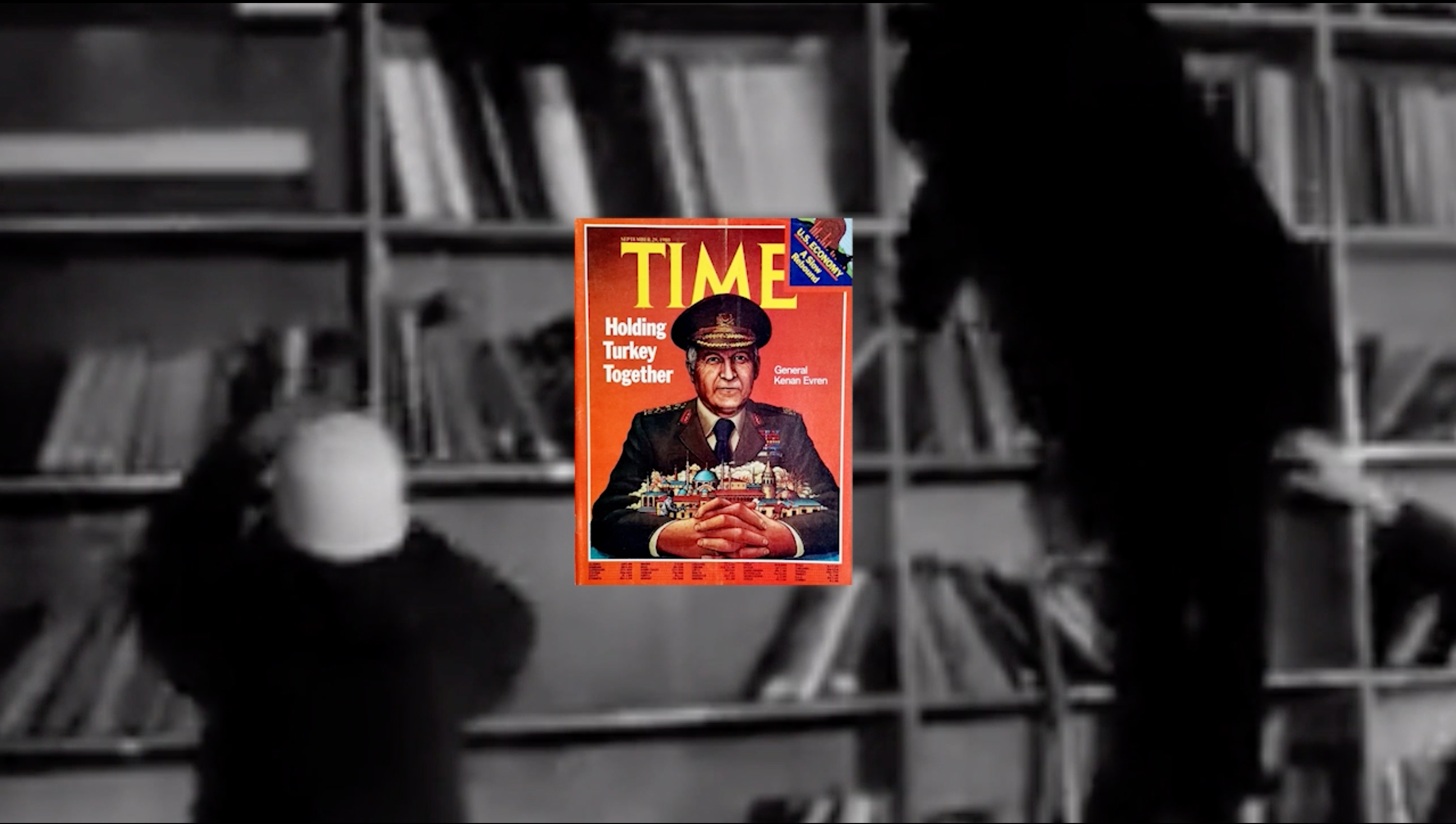 Hande Sever’s To Thread Air brings together a series of photographs and a film essay to reveal the media-based materialities which undergird histories affected by the Cold War. The work is primarily structured around a montage of footage excavated during the artist’s research at the Ronald Reagan Presidential Library in Simi Valley, CA. Sever began producing To Thread Air in 2019 after coming across the archival remnants of a ceremony held in the White House in which Kenan Evren—the right-wing leader of the 1980 Turkish coup—received the legion of merit from President Ronald Reagan. Using the relationship between the two politicians and their reciprocal exculpations to structure the work, To Thread Air questions the deployment of artistic and creative practices to falsify information and revise historical events for personal and political gain. The film essay juxtaposes Ronald Reagan’s acting career, including his involvement in the US Army Air Forces First Motion Picture Unit, with Kenan Evren’s retirement career as a painter, considering the use of creativity as a tool for revisionism and redemption in the hands of the major perpetrators of violence. To Thread Air traces Kenan Evren’s paintings and their collection by leading museums and galleries in Istanbul, Turkey, raising unexplored questions about the intersections between corporate sponsorship of the arts, censorship, and the figure of the artist within the broader history of the Cold War. Contrasting Evren’s career as an artist with his violent repression of leftist artists during the coup, To Thread Air visits the many sites from which public sculptures produced by politically-engaged artists in Turkey were removed and destroyed in response to the artists’ involvement in progressive political organizations. Mimicking Ronald Reagan’s leading role in constructing the Hollywood black list, also known as the Hollywood Ten, this project deals with censorship, historical negation, and the use of creativity as a tool for revisionism and redemption. 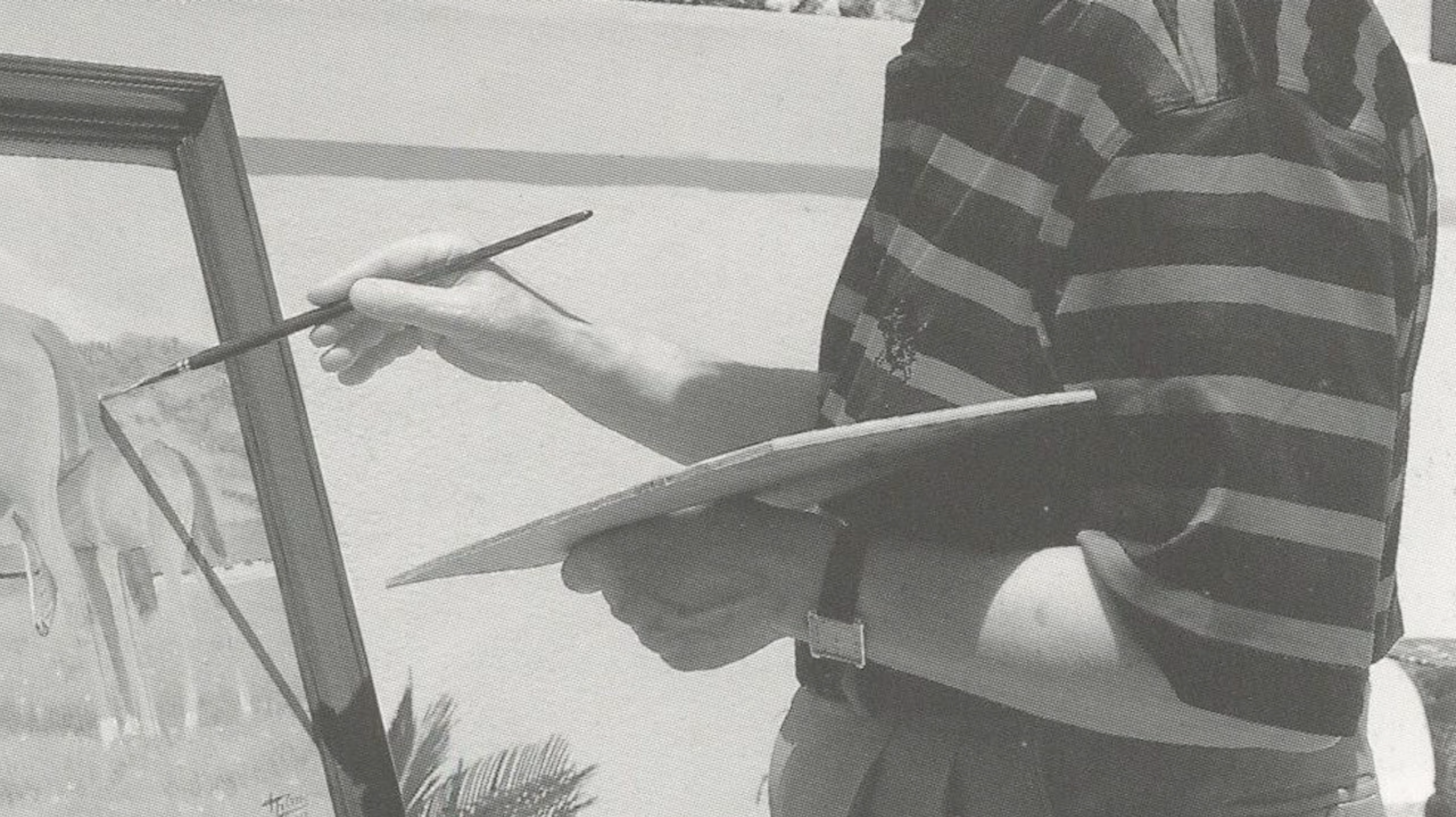 Hande Sever is a Los Angeles-based artist and author originally from Istanbul, Turkey. Her transdisciplinary and concept-driven practice combines lens-based image-making with organic materials such as ash, resin, and soil to unearth the shared materiality underpinning colonial histories. Citing the influence of anti-Fascist cultural practitioners such as poet Federico García Lorca, philosopher Angela Davis, and film director Yılmaz Güney, Sever’s practice consistently interrogates how “official” history is written and its fraught relationship to borders and identity. Archival research is the main drive of her practice, as she excavates lost texts and distant images to bring attention to events and memories erased from the collective consciousness and recontextualizes transnational instances of mass violence and political struggle in the process. Sever’s scholarly and artistic research often deals with her family’s history of persecution to explore intertwined lines of inquiries—including military violence, surveillance, and censorship—as they converge to explore the postcolonial politics of memory studies and new historiographies. Her critical and scholarly writing has been published by the Getty Research Journal, the Stedelijk Studies journal, MARCH Journal of Art & Strategy, and X-TRA Contemporary Art Quarterly, among others. Her research-based works have been supported by grants from the Felix Gonzalez-Torres Foundation, California Arts Council, Getty Foundation, Henry Luce Foundation and Russell Foundation. She is currently a PhD candidate in the Art History, Theory, and Criticism program with a concentration in Art Practice at the University of California San Diego (UCSD) and a Pressing-Matter Artist-in-Residence at the Rijksakademie in Amsterdam, NL.